Dedicated to countryside activities and more, the Apsley Arena will be alive with animals this year…

Watch the infinite skills of Cliff Waite and his gun dogs as he talks you through the art of gun dog training, ably demonstrated by his dogs. Cliff is a legend in the field of scurrying and has competed for more than 15 years in gun dog scurries and won the right to have his name on many of the top awards.

Their bird of prey displays bring the ancient art of Falconry to the modern age,with a far-reaching and breathe-taking display, that is designed to thrill. The team have been giving professional falconry displays for many years and in that time have built up a reputation for giving one of the most sought- after and memorable bird of prey displays. 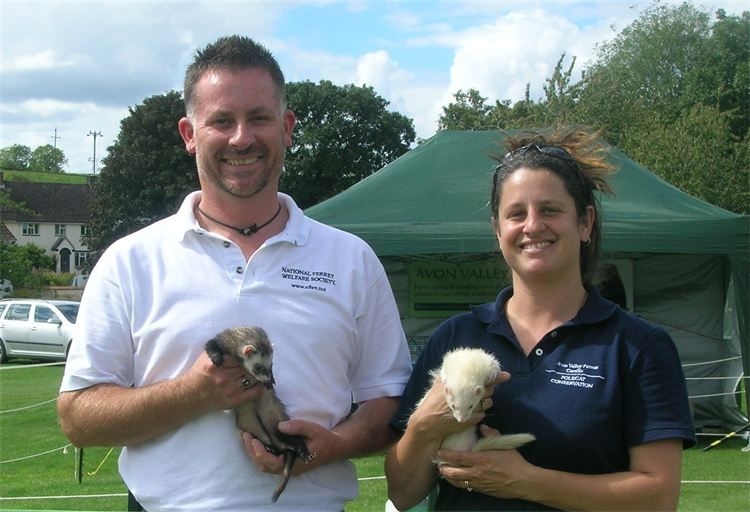 Avon Valley Ferrets is a husband and wife team passionately dedicated to the welfare and well being of ferrets, the conservation status of our native polecat and upholding the traditional ways and true values of ferreting.

Paul and his wife Camilla travel to and attend many events during the summer months including country shows, game fairs, summer shows and group educational talks where they perform arena demonstrations on working ferrets, entertain members of the public with fun ferret racing and give educational talks. Their main objectives are to educate people and to promote all aspects of welfare toward these much maligned and little known about creatures as well as demonstrating the age old traditional method of rabbit control within the countryside using ferrets, nets and hawks.